Home  /  #WomenBeyondBarriers  /  The Evolution and Future of Storage Technology 2020

Renewable technology has played a vital role in recent years in producing green energy. However, the intermittent nature of renewable sources of energy and its effect on grid stability have made energy storage essential. The Li-ion technology is currently the best performing and commercially viable technology for energy storage amongst available storage technology. Also, demand for high performance Li Ion batteries is increasing due to widespread use of electric vehicles.

Different types of Li ion technologies have been developed so far with different cathode materials; however, improvements are required on account of cycle life, thermal stability and , most importantly, higher energy density and high c rate for economising E mobility. Researchers are already working to drive battery technology forward and major efforts are being taken to replace carbon anodes with materials like Silicon, graphene, and tin to increase the energy density.

Silicon can bond with more lithium ion compared to graphite, the main material used in today’s li ion battery anode. Silicon based anode materials can provide higher energy density up to 4200mAh/g compared to graphite anodes (372mAh/g) that are currently being used. The present challenges with silicon material – swelling and shrinking of anode with every charge and discharge cycle – have been already overcome by few companies like SILA, and the batteries shall be ready for commercial use in a few years.

Another advancement in Li ion battery technology is solid state electrolyte with Li metal anode. Highly reactive Li metal reacts with electrolyte and forms needle-like dendrites that can grow large enough to pierce the separator and short the cathode. This is the reason present anodes are based on Li ion intercalation into graphite. The graphite anode can only store limited lithium ions, limiting the amount of energy that can be stored by the battery. Replacing currently used polymer based liquid electrolytes with solid electrolytes, Li metal anode can be used to increase energy density up to 3860mAh/g. Inorganic solid electrolytes are non-flammable when heated, hence can be used at elevated temperatures and are safer compared to liquid electrolyte-based batteries. But until now, their use has been limited by the high lithium ion transfer resistance, caused mainly by solid electrolyte. Continuous improvements are being carried out to solve this issue; however, it will take years for solid state batteries to be commercially available.

Another next generation battery that are being experimented are Li Air and Li Sulphur batteries.       Li Air battery uses Li metal as anode and porous carbon as cathode where atmospheric oxygen combines with Li ions. Some challenges that are being solved for Li Air batteries are difference in charging and discharging potential which results in lower efficiency; by-products caused by reactions of air elements other than oxygen. Sulphur being inexpensive and lightweight makes Li sulphur batteries a good fit for aviation and space industries. Further research is being carried out to increase its life expectancy and energy density. Such improved advancement in chemistry will revolutionise the battery industry forever. 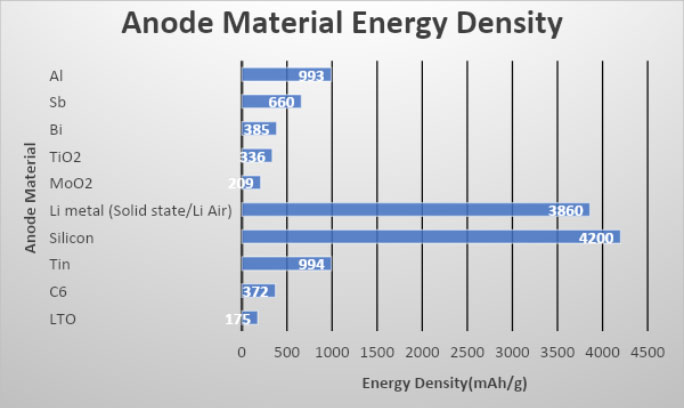