Home  /  Uncategorized  /  Solar Cell capacity and its evolution through the years 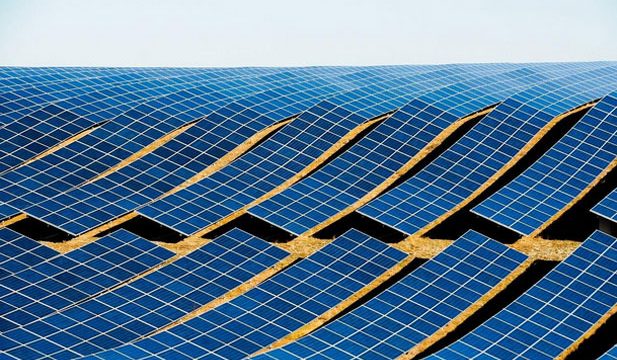 With recent events that have taken place in and around the issue of climate crisis, nations around the globe have recognized “Climate Emergency” and have decided to combat climate change by undertaking demanding efforts. One of the top solutions to do so is simply move to a stable and sustainable source of renewable energy.

The rise of solar
At present, governments have initialized the installation of Solar Photovoltaic (PV) panels around the world. Solar power in India is developing at a remarkable pace. It has reached a solar capacity of 31.86 gigawatts in 2019. According to Albert Polman, leader of photonic materials group at a research institute in Amsterdam said: “If we are serious about the Paris climate agreement, and we want to have 30% solar PV in 20 years, then we would need to grow the capacity of silicon manufacturing by a factor of 50 to build all those panels.”

Most panels use cells made of silicon crystals that give a maximum output of 15%-20% of the received solar energy; improvements for the same are scarce. Yet, researchers have successfully obtained approximately 46% efficiency during lab tests using progressive cell structures. With a rise in the demand continuum for renewable energy sources in the past decade, there have been certain improvements in the power capacity of solar cells.

Invented in the 1800s, the first solar cell had less than one percent efficiency and wasn’t a reliable power source but in 1954 Bell Labs introduced to the world a useful silicon solar panel which was about 6% efficient. Following their footsteps, Hoffman Electrics achieved 14% efficiency in PV cells in 1960 and the University of Florida, in 1992, developed a thin-film cell which was approximately 16% efficient.

In early 2019, Solar Frontier, a Japanese company that is the world’s largest provider of CIS solar energy solutions, set a record by fabricating a thin-film Solar Cell efficiency of 23.35% conversion efficiency on a 1cm² cell using cadmium (Cd)-free CIS technology.

Crucial times ahead
In India, solar power has expanded from 2,650 MW in 2014 to 20 GW in 2018 and close to 31 GW in 2019. With a shift in the economic and environmental paradigms, the world is in crucial need of an energy source that is efficient and cost-effective. Though the search for a highly efficient solar cell has been long, severe, and successful, it is still up and bolting towards an advantageous and convenient result.