Being one of the best solutions to battle climate change, solar power capacity is rapidly building throughout nations. With an increase in demand for solar PV modules, there have been accelerated innovations for the same.

A background on PV systems

Photovoltaic (PV) mounting systems are used to mount PV Modules on surfaces such as roofs, building facades, or the ground. The material used for PV mounting systems is climate-dependent. For example, if a plant needs to be set up close to a coastal area, then all the structural components should be made of aluminium or of a higher thickness of galvanized steel as it is highly resistant to corrosion.

Irrespective of the chosen mounting system, the purpose of the structure is to withstand the weight of the array components, the upward, downward, and lateral wind forces under local design considerations. The seismic forces also need to be in accordance with local codes and the weight of snow, if applicable.

The selection of one or another type of mounting structure will require higher or lower costs of materials, labour, and installation, as there are more complex systems that require more expertise and therefore higher expenses.

Hence, it is important to understand the available options in the market to make a choice that suits your needs and those of your solar system design.

New Innovations in PV Mounting Systems which can be seen growing rapidly in the Post 2020 Era are as follows:

1. East-West (E-W) System: Most Solar PV systems these days are “south-facing,” which means they are oriented due south. A different approach, which is being experimented these days is the E-W system. 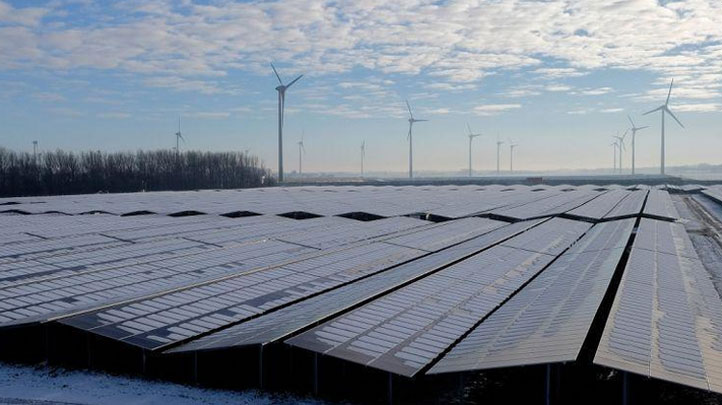 Half of all modules face due west and the other half face due east. This configuration will likely become the new standard in solar PV within the USA in time and has already become a mainstream configuration in more developed markets of Europe.

The advantages of E-W system are as follows:

2. Floating Solar: Not every roof is suitable for solar panels – factors such as shade, obstructions, age, and the available space can have property owners looking for other locations for installation. When it comes to large-scale solar projects, the most common alternatives to rooftop solar panel systems include ground mounts or solar canopies. Here’s a newer alternative that’s making quite the splash in the solar industry: Floating solar. 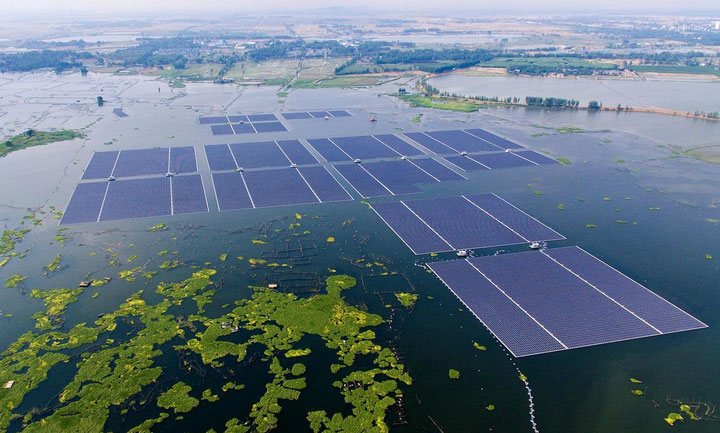 Floating solar, also known as floating photovoltaic (FPV), is any sort of solar array that floats on top of a body of water. Solar panels need to be affixed to a buoyant structure that keeps them above the surface. If you come across a floating solar installation, it’s most likely located in a lake or basin because the waters are generally calmer than the ocean. It’s also common to install floating solar structures on large, man-made bodies of water, such as reservoirs.

Floating solar is a relatively new concept. The first patents for this type of technology were registered in 2008. Since then, floating solar has predominantly been installed in countries such as China, Japan, and the U.K.

The workaround to undulating topography is non-intrusive mounting options made for slopes, grades, and hills. The common solution is extended post length, but installers can make custom brackets or install panels in smaller rows or single-bay tables.